Batman: The Killing Joke laid the foundation for the modern characterization of the Joker as a twisted reflection of Batman himself and DC are finally delving into the iconic character’s psyche with an eponymous animated feature, starring none other than Batman: The Animated Series alumni Kevin Conroy and Mark Hamill.

Alan Moore’s The Killing Joke tells the story of how one nameless engineer falls victim to one horrible, no good, very bad day that ends with him emerging from a pool of chemical waste disfigured and driven to complete and utter insanity. The arc has since been canonized as the Joker’s de facto origin story and served as an influence on both Jared Leto as well as the late Heath Ledger’s portrayals of the character.

Check out the teaser trailer above and you can check out a behind-the-scenes featurette on the upcoming feature here. Be sure to let us know what you think in the comments below. 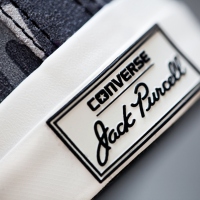