It’s important to note that despite skateboarding’s increasing popularity, it is still a minority activity that is frequently marginalized in society – especially when we talk in terms of spots. It seems that institutionally, skateboarding is only acceptable when nicely packaged in the confines of a sanctioned space (i.e. the skatepark as a soccer field, basketball court, etc.), insofar as it doesn’t interfere with, you know, a shopping mall or new condominium. There’s nothing wrong with shopping malls or condominiums, yet it’s this very basic misunderstanding, the conflation of ‘sport’ and ‘lifestyle,’ which undermines the true spirit of skateboarding.

Such is the context for Southbank, a historic skateboarding spot in London that faces relocation by city officials, who are proposing a complete upheaval of the space to make room for The Festival Wing. Legendary skateboarder Mark Gonzales is no stranger to Southbank’s plight, having seen the Brooklyn Banks face a similar fate in his native New York. Gonzales has long been an ambassador of skateboarding to the rest of the world, not to mention a key innovator within the realm. The adidas professional stepped in to voice his support of the “Long Live Southbank” movement, viewable below. If especially inclined, you can support the movement as well on the Long Live Southbank web site. 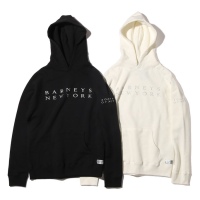